The other day I created this: 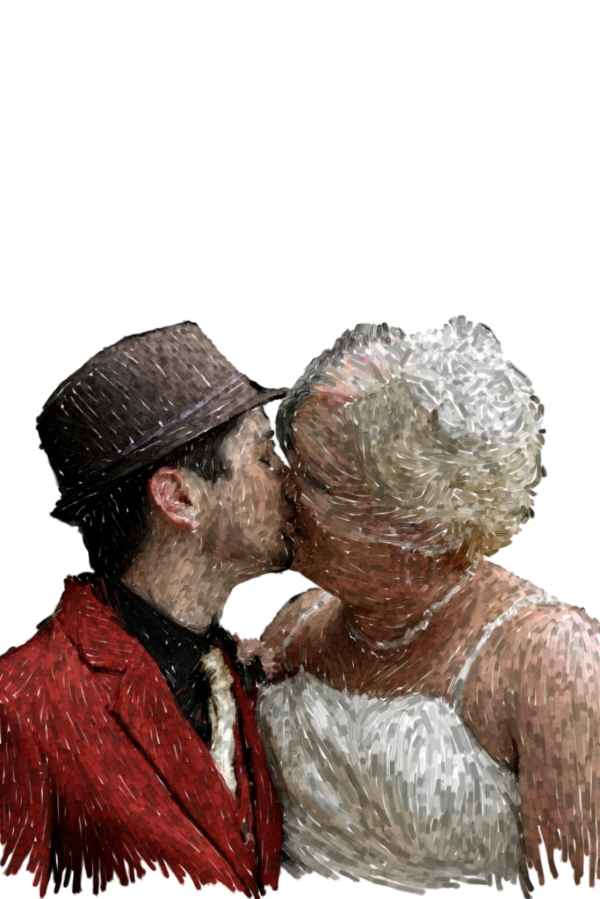 This is the rest of my gallery.  The above is one of my first, when I was still working things out, and so it didn’t make it to the gallery (I didn’t know there was one at the time).

I swear, sometimes the hardest thing about writing these posts is thinking up an appropriate title…

So it’s been a while, and I thought I should write an update. I had this wonderfully planned out on Friday, but since then it’s kind of… escaped me… so we’ll start at the beginning of this new chapter in my life.

In April I got married to the ever wonderful J. Afterwards, I had ‘wedding drop.’ Two and a half years of anticipation had come to a close. I was an emotional time bomb, with a fuse shortened by feeling that I was the worst wife in the world, that I had deceived J somehow into marrying me. This isn’t true of course, he knew what he was signing up for, and he continues to amaze me.

The continuing tension between Pedro and Coffee certainly wasn’t helping either. They’re my children, and Pedro hated Coffee with the firey passion of a thousand suns. So we placed an ad on TradeMe offering Pedro for free to a good home, and we were able to rehome him soon after. He is now roaming rural Leeston as a mouser.

I managed to convince J that we needed to get another cat, one that was smaller than Coffee so that the hierarchy could be established immediately. And that is how Hobbes came into our lives:

And an extra photo of Coffee:

In May I had my obligatory ‘WHAT THE FUCK AM I DOING!!??‘ post, followed by the ‘here’s what I’m going to do‘ post (as often happens with me), and I applied for a late withdrawal from all the first semester papers.

So it was decided that I would take a three-month break from uni, which turned out to be a good thing. I knitted a LOT and have considered starting a business selling my own arm warmers and hats, cause I’ve really got those down now. I’ve made good use of the Xbox 360, having finished Skyrim, Witcher 2, and Dante’s Inferno. I have just started Bioshock, and after that I have Red Dead Redemption. You’re probably thinking, ‘but wait, shouldn’t you be back at uni now?’ I’ll get to that in a moment.

At the end of what would have been my first semester, I got the flu which J had bought home. The weekend before everyone else’s exams started, my right ear drum burst after a very quickly progressing ear infection. It’s been nearly two months and my hearing still isn’t back to normal. There’s still a bit of pain, and the doctor isn’t sure if there’s still a whole in the drum or not. Going for a follow-up tomorrow and I’ve been referred to a public ear, nose, and throat specialist. I’m not even going to try to predict how long it will take me to get an appointment.

Last week was the beginning of the second semester. Up until then I hadn’t been sure whether I actually wanted to go back or not. I certainly wasn’t excited. Once I had that first lecture on the Monday though, I was pumped and knew I was going to make this semester my bitch.

On the Wednesday, after discussion with my doctor, I decided that I wanted to come off Effexor. I was sick of the sweating, the potential damage it was doing to my liver (there’s a family history of bad livers), the fact that I didn’t seem to be keeping me out of depressive episodes anymore, the elevated blood pressure, and babies. I knew that it wasn’t going to be a picnic to come off, and I certainly didn’t want to be putting a baby through that. Not that I’m pregnant, but I hope to be in the near-ish future. So a tapering schedule was worked out, decreasing my dosage by 37.5mg each week. In six weeks, hopefully I’ll be clean.

Thursday, still feeling pretty excited about all the positivity. Thursday evening comes along, and I receive an email from the Dean of Humanities and Social Sciences. It has been decided that I am to be excluded from the school. What the…. I was so confused. I had received confirmation that my withdrawal application had been accepted. Why had I been excluded? I could appeal the decision, but my application for appeal had to be in by the following Monday. WHAT WAS I GOING TO DO!!??

I pretty much ignored the whole thing that night but the next day, it was emotional. My God it was! Panic attack levels of emotion. While I was having a melt down, J was at uni in a meeting. Afterwards he was able to talk to his supervisor (who had previously been a Dean). He explained the decision certainly wouldn’t have been personal, and that large numbers aggregates and withdrawals can also lead to the same decision. Though I had no withdrawals last year, and only failed one paper in the first semester, virtually all my marks had come with aggregates. So I decided to accept the decision. I hadn’t been sure about coming back for this semester anyway, and now the decision had just been made for me. As for what I’m going to do with myself now, I’m going to put off thinking about that for a little bit.

On Sunday I was suddenly very glad that this had happened. I experienced my first brain shiver, one of the many potential withdrawal symptoms related to SSRI discontinuation syndrome. A brain shiver is incredibly hard to describe, it’s like extreme dizziness with some sharp pinging sensations thrown in, but it’s different from the electric shocks I got from Aropax. It seems that people normally get them from moving too fast (too fast being anything other than slow). That first one, I was just moving back onto the couch and it lasted a good ten seconds. I’ve had about two more since then, but they were only short, a second or two, and seemed to happen after moving around slightly too fast. On top of that I have insomnia, nausea, headaches, anxiety, general dizziness, lethargy. Every day the symptoms calm down a bit more though, at least until I reduce my dosage again. It’s only six weeks, I can do this!!

So I’m glad that I got excluded. These side effects are not really conducive to studying effectively. Even if I’m not able to fulfill my social contract by contributing to society right now (my personal philosophy as inspired by Thomas Hobbes), I think I’m heading in the right direction to be able to do so again.

That’s how my mind feels to me right now.  I can almost get a hold of things, only to have it all slip through my fingers.

Now is a completely inappropriate time to be having a depressive cycle. Come on brain! At least I can get work done during a manic cycle.

It all just seems too much…

I don’t think I’m cut out for university. It’s still kicking my arse after two & a half years and I’m only half way to my degree.

But what else will I do? It’s not like I can just go get a job in this state (both the country’s economy and myself mentally).

And I do enjoy learning, most of the time.  I don’t even mind writing the odd essay.

I was so good last term! It felt like everything had finally clicked into place.

Now that the wedding is all over and done with though, I’ve had this massive drop that I just can’t pick myself up from.  It’s a real decent one this time.  I’ve just been feeling deflated since the day after the wedding. Given that the wedding was a month ago today, this is my longest depressive cycle I’ve had for a long time.

Even though J knew that this could happen occasionally, he knew my mental health history before he married me, I still feel like I’m letting him down.  He doesn’t deserve all this worry. This isn’t what the honeymoon period is supposed to be like!

I wonder if this is similar to what post-natal depression feels like?

What am I going to do? 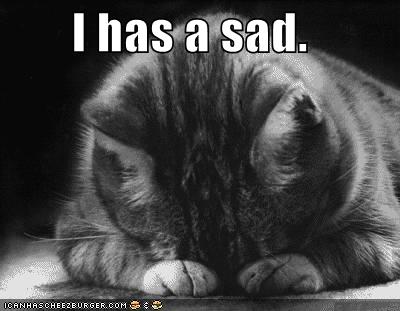 In case you didn’t already know, J and I got engaged in February 2010, after being together since August 2008. On Tuesday, 10 April 2012 we finally became husband and wife!

And now I begin the HUGE task of letting all the companies I deal with know that my name has changed. I didn’t realise there were so bloody many of them!

If someone could show me how to make a gif out of part of this video, that would be fantastic! If you want to see more photos, you can find them here. More will be added as I get them.